Is it February already? These last couple of months have simply flown by as I've raced from one thing to another and back again.

I brought in the new year with two theatrical treats: Matthew Bourne's Swan Lake and Michael Grandage's Henry V (starring a Jude Law on top form). Matthew Bourne is rapidly becoming one of my greatest inspirations as a director. Swan Lake marked the fifth occasion that I had witnessed one of his modern ballets (Cinderella, The Nutcracker, A Play Without Words and Sleeping Beauty being the previous four) and it certainly did not disappoint. Bourne is so much more than a choreographer, he is a director with a phenomenal gift for creating character and telling story.

Henry V was also a fitting way to bring in the new year. It is easy to be slightly cynical about Grandage's tendency to cast big-names in big-name roles but in this instance Jude Law made for perfect casting in this great Shakespearian title role. Law's performance not only bristled with charisma and energy but was one of the most assured and intelligent that I have seen. I would have to say it was something of a safe production by Grandage and I do always feel that the way in which the Chorus presents the action in Henry V does mean that it (more so than any other Shakespeare play) lends itself to a Globe-style performance, with the audience visible to the actors and minimal set. But this was a more than solid production of one of my favourite plays.

Since then I've barely had a moment to catch my breath. Between bits of practitioner work with the drama department at Reading School and sports coaching in primary schools (both useful and flexible sources of income), I have been rehearsing for a joyously irreverent production of Romeo and Juliet. Featuring only five characters (yes, characters not just actors!), I play a Danny-from-Withnail&I-esque Friar Laurence, who borrows lines from Benvolio, Mercutio and the Nurse. This is Romeo and Juliet as you've never seen it before! It is running for just three nights this week Wed-Fri (5th-7th) at the Greenwood Theatre, London Bridge at 8pm. Do come along - and with a running time of approx. 90 minutes there's plenty of time for a drink afterwards!

Alongside this I have been continuing to work on the development of a new play (more to follow in the coming months) and to assist Andrew Visnevski on a French adaptation of Gogol's The Diary of a Madman (or Le Journal d'un Fou!) destined for the Avignon Festival this July. I am also now a full member of the Young Vic Directors Network - my profile can be found here: http://directors.youngvic.org/index.php?pid=25&page=M&

Finally, I've included a couple of shots from a brilliantly fun and unexpected morning at the London College of Fashion, where I acted in a couple of performance workshops (directed by the lovely Peta Lily) for costume design students. This is me as the Captain from the opera Wozzeck. And, yes, that stool is attached to my person! 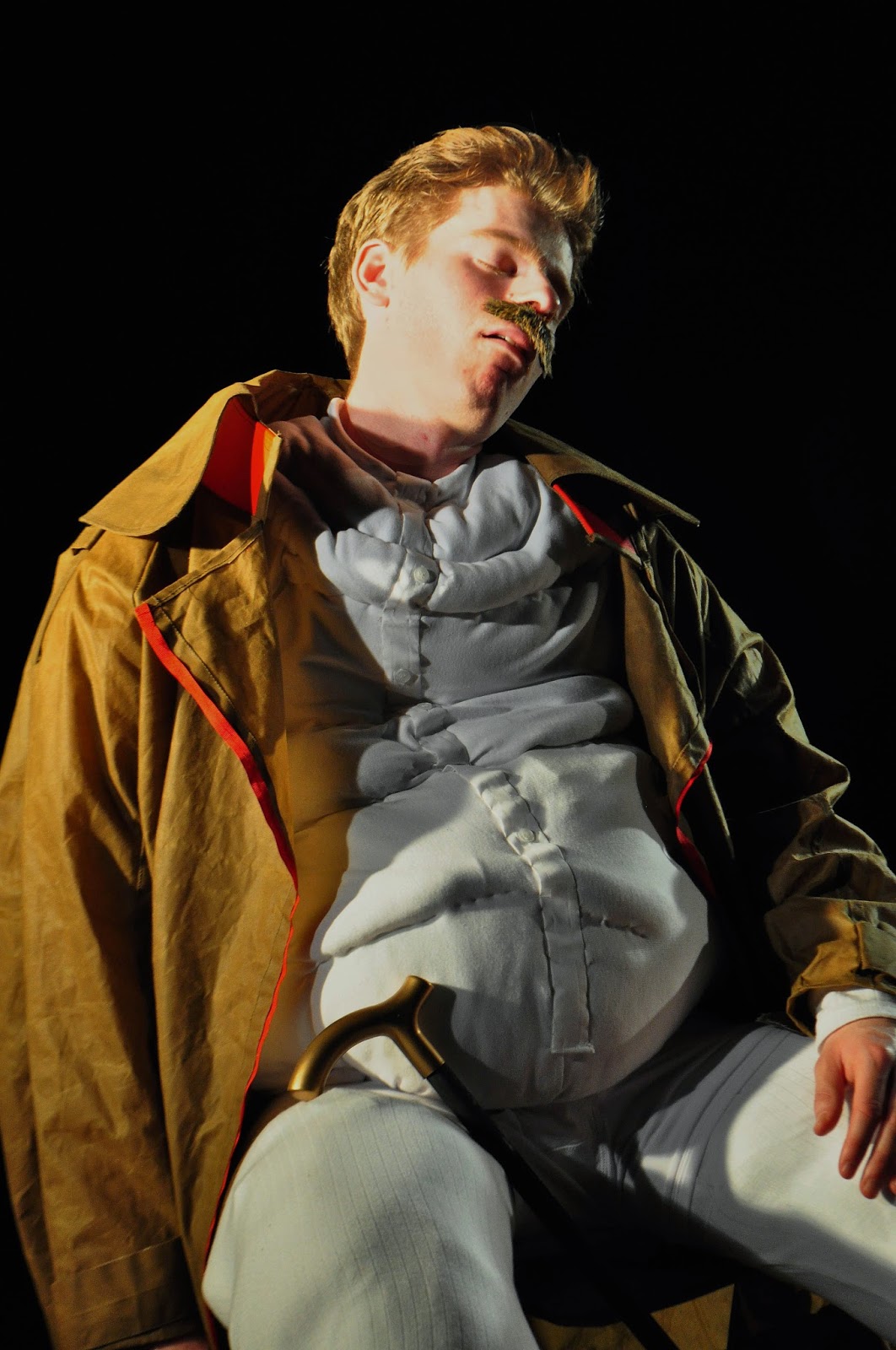 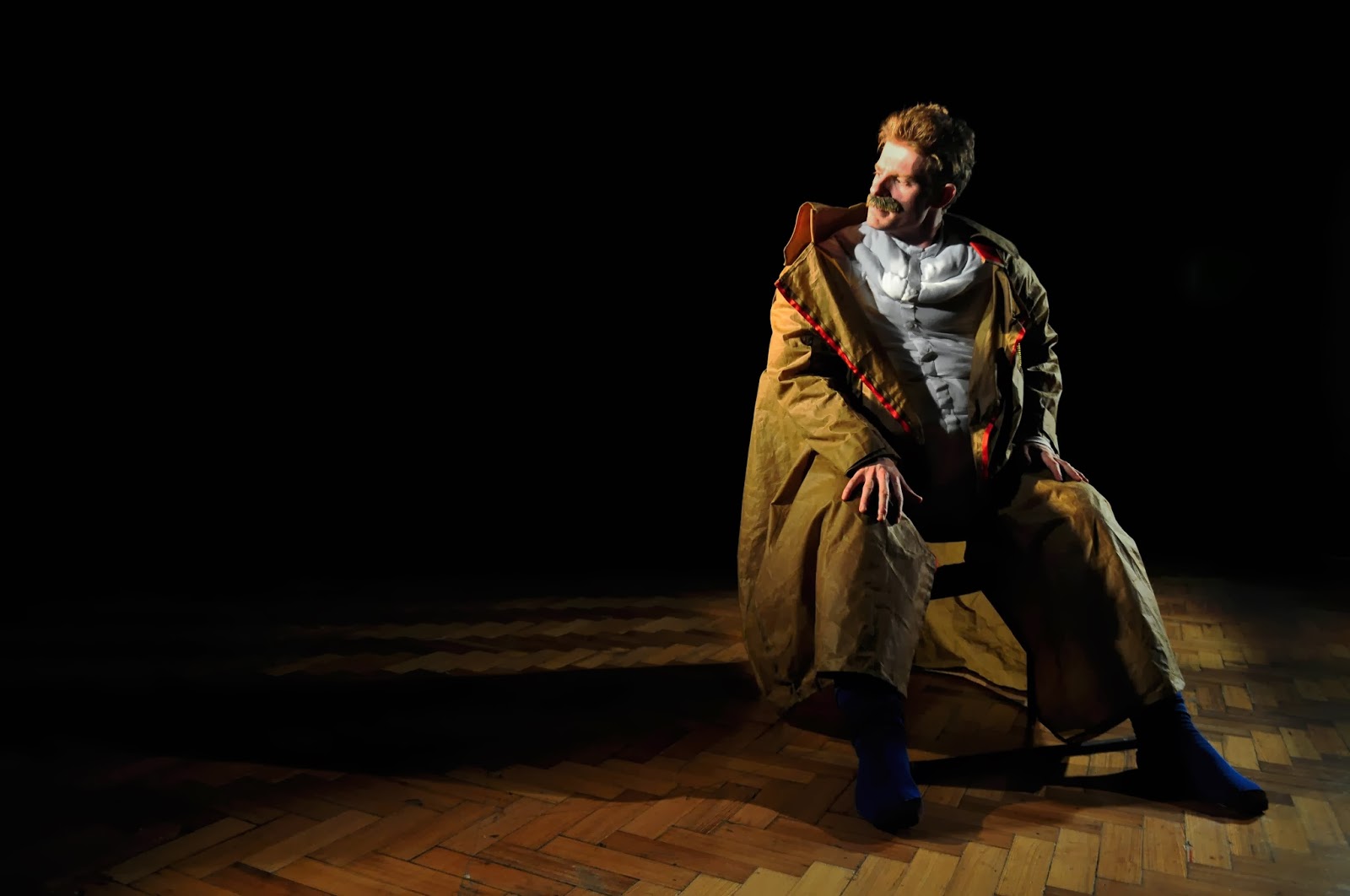 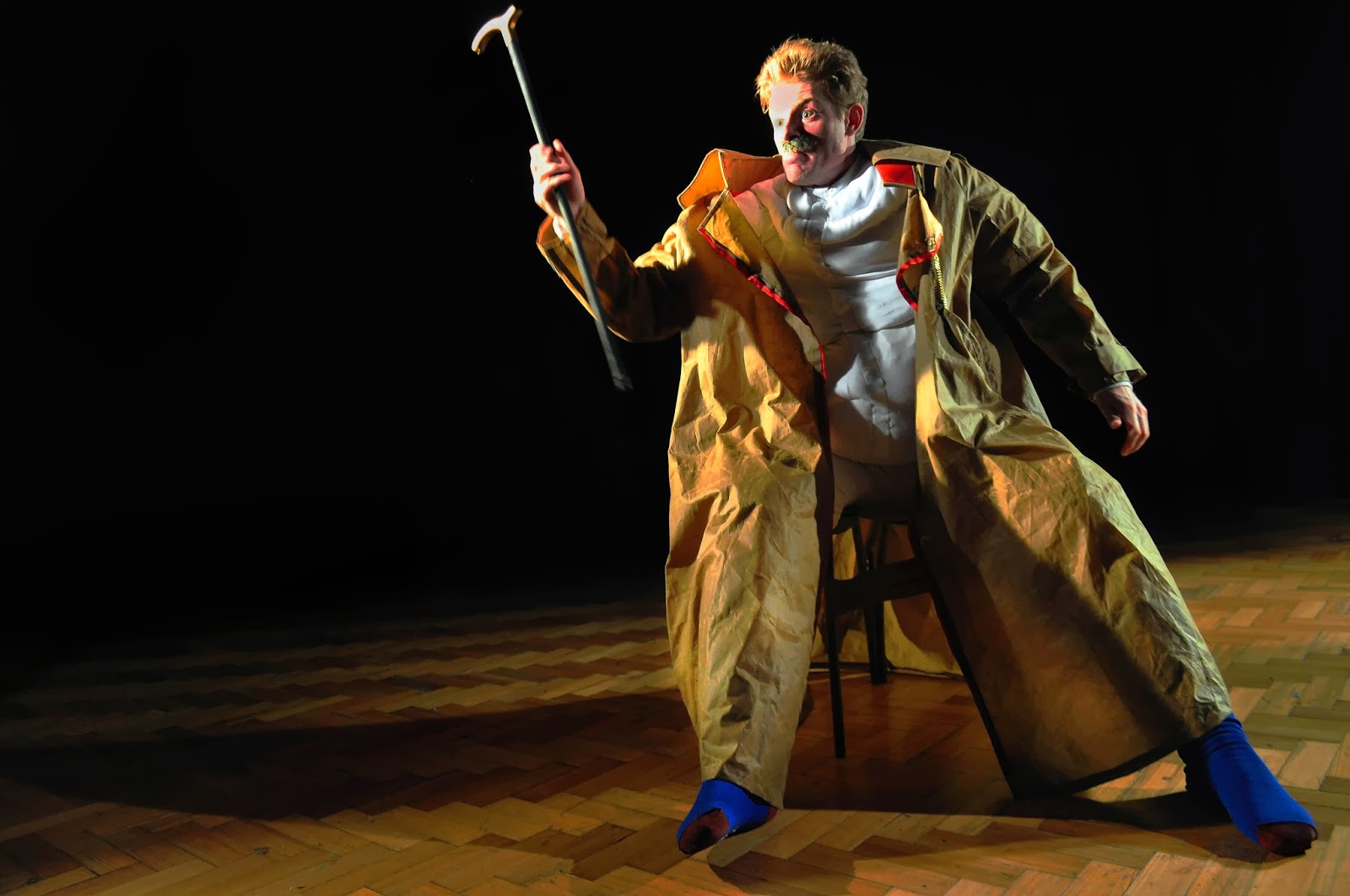 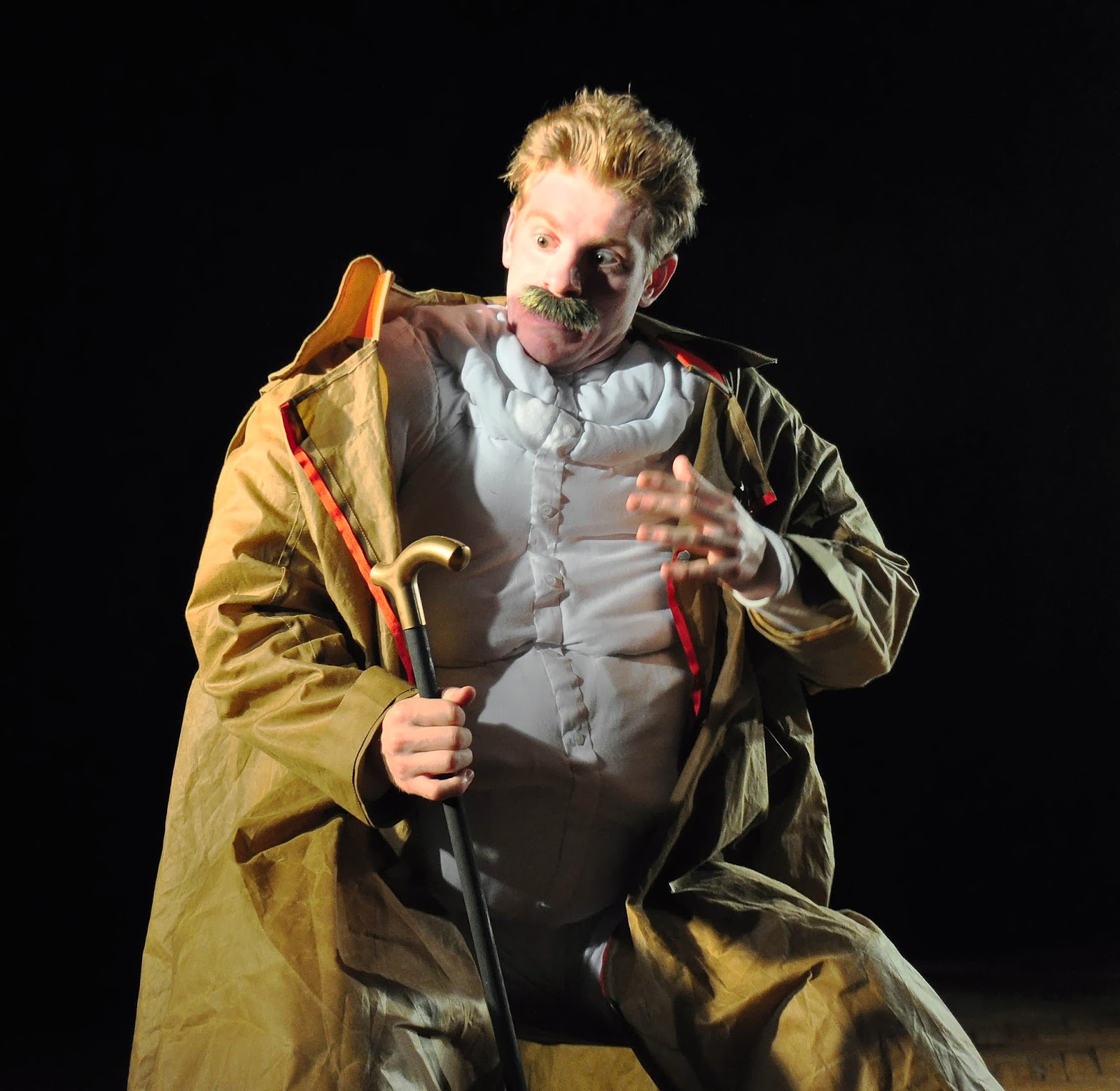 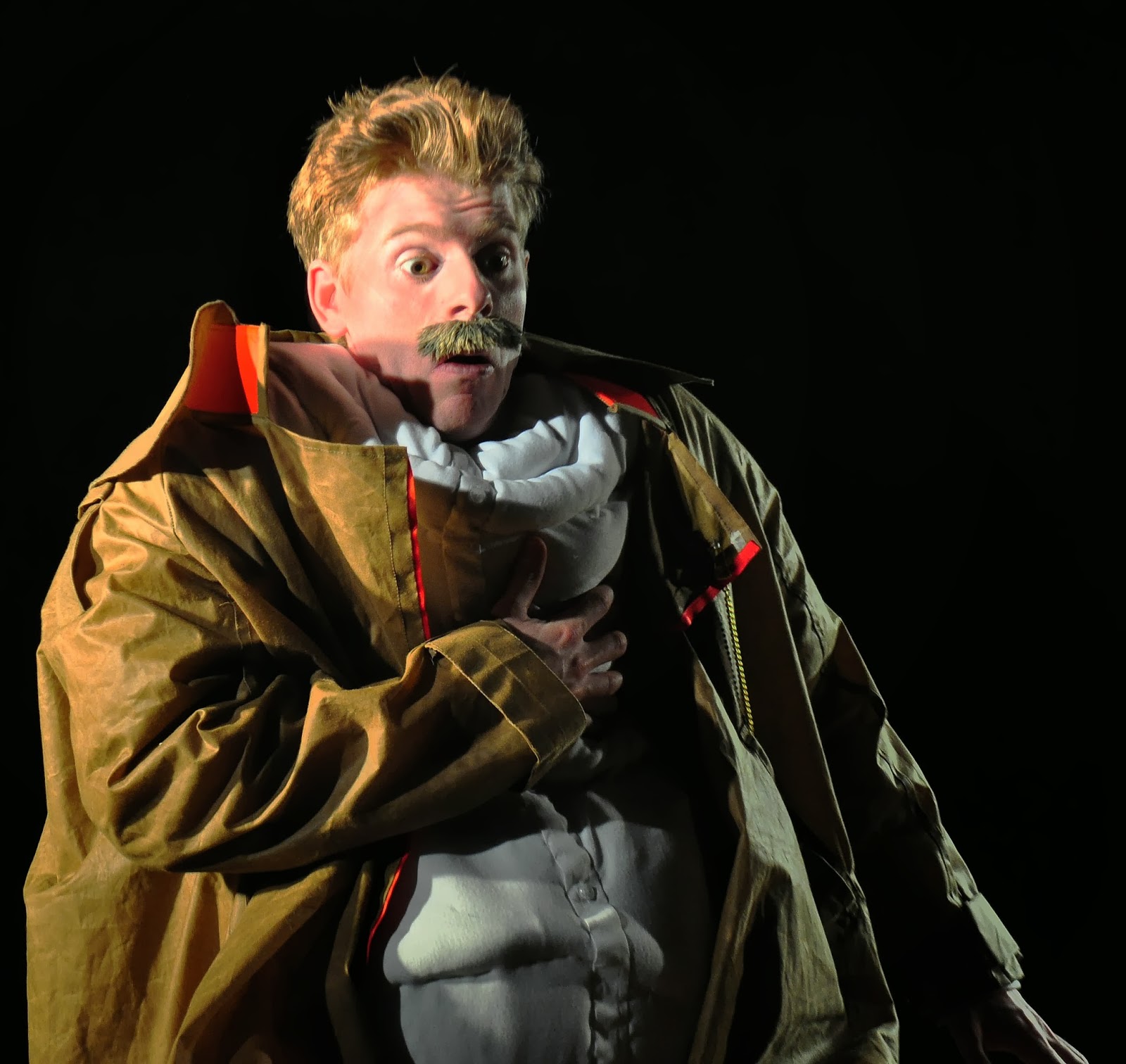 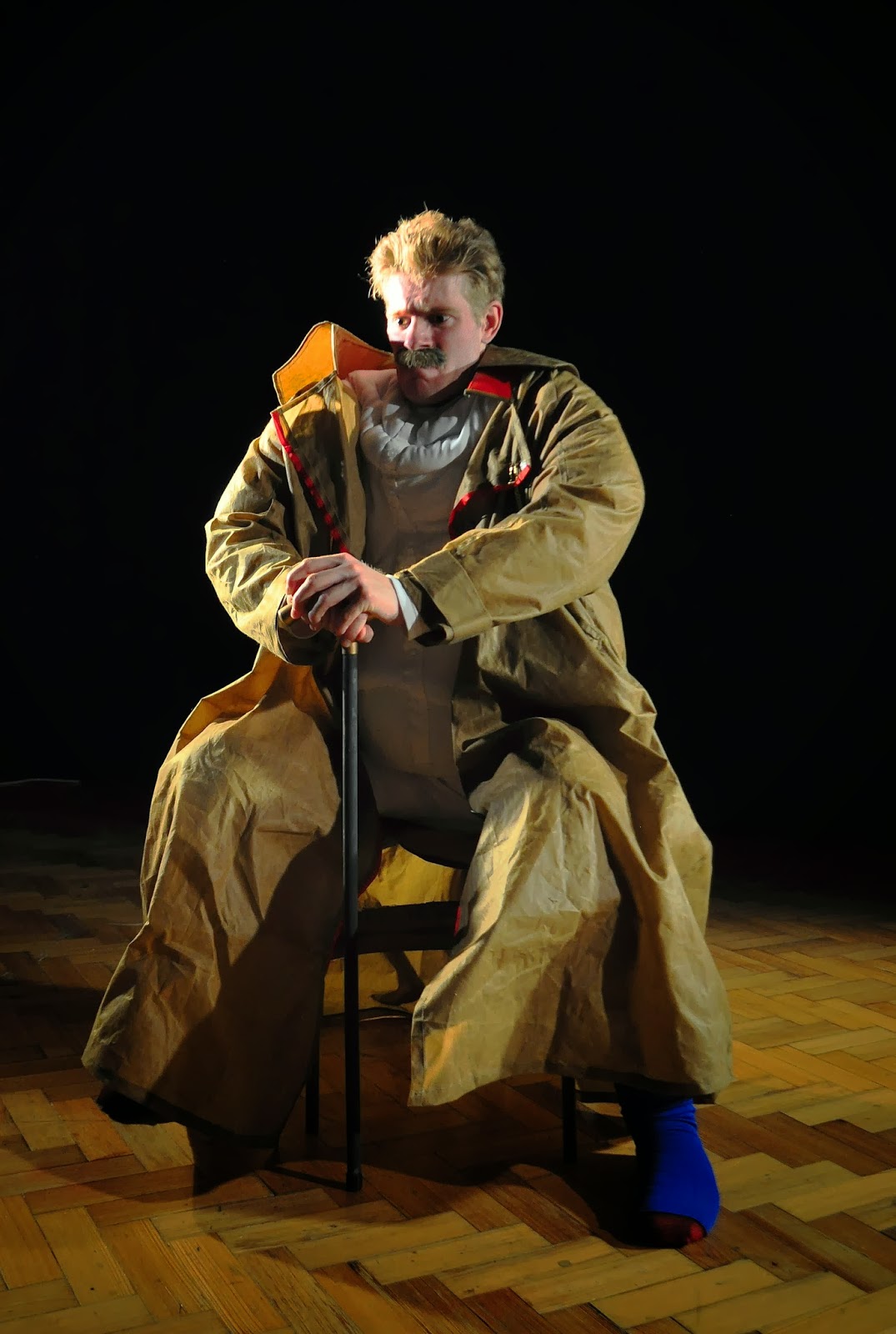 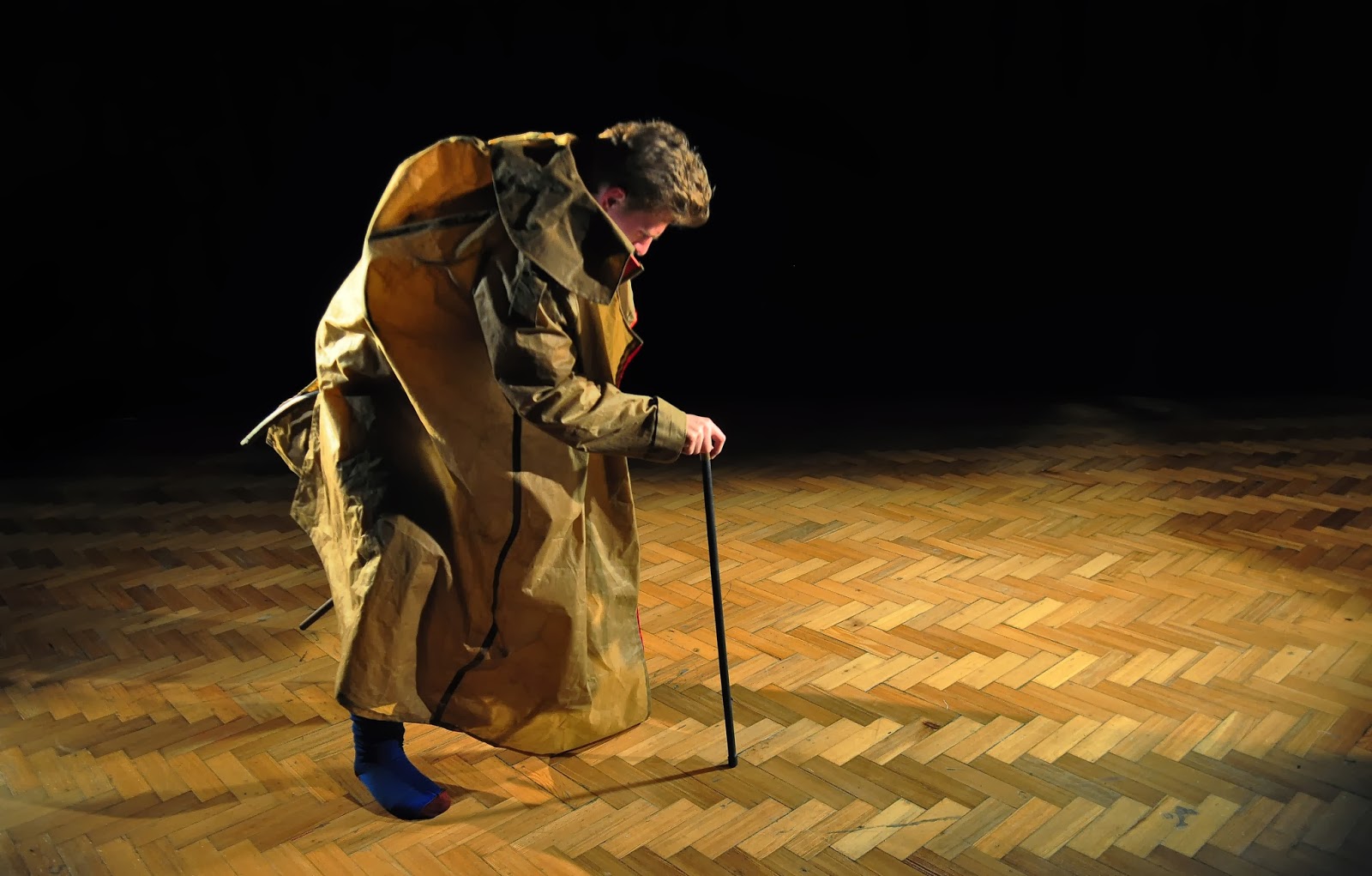