So, as promised, I am writing from Avignon this month. We have been here just over a week now, having arrived on the 30th June, and are here until the 28th July when we spend a night in Paris before returning under the Channel to London.

June started back in Soho though with a fantastic talk organised by Soho Create with director, Jeremy Herrin, and actor, Ben Miles, about their work on the (quite brilliant!) Wolf Hall and Bring Up The Bodies - now playing at the Aldwych Theatre until October having transferred from the RSCs Swan Theatre. This was quite simply the most intimate and insightful director/actor discussion I have been to (and I've been to quite a lot now!). Both were incredibly relaxed and candid in the beautiful setting of the chapel in the House of St Barnabas - originally founded as a charity to support London's homeless people, it is now a rather swanky private club! Jeremy Herrin firmly established himself as one of my favourite directors working at the moment, espousing the need for the actors to have the freedom to be creative and spontaneous on stage and in the rehearsal room, and understanding the importance of the audience's imagination to create a world on stage. His private words of advice to me afterwards - encouraging me to 'embrace my limitations' and strive for 'progress not perfection' were useful for any young director to take the leap out of the production in their own head and into the reality of the rehearsal room. It was also interesting to learn how he decided that he needed to be slightly 'ignorant' of the books and the history in order to be able to see the play through the eyes of a first-time audience member with no prior knowledge.

By contrast, Ben Miles certainly did his homework! He created a detailed timeline for Cromwell's life (Hilary Mantel's Cromwell specifically, not the historical one), read the books multiple times and even took trips by boat along the Thames, exploring Putney and Austin Friars. His dedication to the role certainly shows in the richness of his performance.

I managed to get to the theatre a couple of times this last month. The first was to see the experimental Russian theatre of the Dmitry Kyrmov Lab, Opus No. 7. This was an example of me trying to broaden my horizons as a theatre-maker and it certainly did that! Kyrmov is a designer at heart and his work is incredibly visually stimulating. If at times lacking in coherency, the play was full of life, stimulating the imagination and emotions throughout, in a manner quite unlike anything I have ever seen before. The play is divided into two halves - the first, 'Genealogy', being a very moving and refreshingly unique treatment of the Holocaust; the second 'Shostakovich', being a gripping biopic of the great Russian composer of the Soviet years. The first half feels a little bit like a series of rehearsal room improvisation exercises strung together into a loose narrative but within that (and largely as a result of that) it presented a very fresh and personal depiction of the Holocaust. The cast throw buckets of black paint onto the white card of the back of the stage and transform them into orthodox Jews before our eyes, stimulating our imagination in the simplest of ways. Perhaps the most dramatic moment was when these figures are blown forward from up stage and we (in the front two rows of the audience) are covered by an avalanche of tiny pieces of newspaper, fired more or less straight into our faces, representing all those killed during the Holocaust. Not something to forget in a hurry.

The second half, for me represented an absolute triumph in storytelling and universal theatre. Using the music of Shostakovich and real recordings from his public speeches, Kyrmov's actors created a brilliantly moving, exciting and dramatic telling of the composer's life in a world of artistic persecution in Russia. This half saw a giant puppet of Mother Russia turning from slightly pushy matriarch, into monstrous persecutor (chasing Shostakovich around the stage with a giant pistol), into a maternal figure that grotesquely smothers her own children to death. This is mirrored by the transformation of Shostakovich from exciting independent composer, into a 'puppet' of the state - ironically the actress playing Shostakovich became more of a puppet than the real puppet of Mother Russia. This was immensely powerful theatre, that crossed international boundaries with a clear and universal message.

My second play of the month was, I'm afraid to say, something of a disappointment. I've become slightly immersed in Russia at the moment, working on a Gogol play, reading War And Peace, and watching Opus No. 7, so I was looking forward to Fathers and Sons at the Donmar Warehouse with much excitement. Unfortunately, for me, it failed to deliver. All the performances were fantastic, without exception and, as many of the reviewers have commented, the set is quite beautifully designed. But I felt that the play lacked drive and argument - it missed the point of Turganev's novel and, as a result of Brian Friel's adaptation, the whole world felt far more Irish than it did Russian. I never felt like this was set in a major turning point in Russian history, where generations were arguing over the future of the nation. It become a rather tame family drama, rather than a microcosm of a nation in turmoil. It is possible that I'm being slightly unfair on the play! And, despite this, I think it would be difficult to give the play less than four stars - as most reviewers have. In particular, Joshua James, gives a quite captivating performance as Arkady, and the Donmar continues to impress with casts that contain not a single weak link.

Before leaving for Avignon, I was able to organise an afternoon's workshop for writer, Piotr Klinger, to help him bring his script to fruition. I was paired up with Piotr for my first New Writing Night at Blackshaw and fell in love with his concept for a telling of the 'unofficial' story of the fall of Elsinore in Hamlet. We spent an afternoon getting actors to improvise scenes and play with different possible character interactions. I have to say a massive thank you to the actors (Alex Maude, Will Holyhead, Rupert Sadler and Victoria Hamblen) for their commitment and the speed with which they embraced the essence of the play. Piotr went away with lots of ideas and I'm sure we will continue to work together over the coming months.

Finally, to end where I began - Avignon! Even after a week I still can't quite believe I am here. As you will be able to see from some of the pictures, it is a simply beautiful Medieval city. The first week was mostly taken up with getting Le Journal d'un Fou into the theatre, with a full day of technical rehearsals on Tuesday, a dress on Wednesday and an open-dress on Friday. We opened on Saturday night with great success and Sunday's performance was the best the play has ever been. Most of my work has been stage management based this week. I have an enthusiastic and very capable team of interns taking on the role of ASMs during the show, so much of my time has been spent training them and teaching them the (rather complicated and precise!) scene changes. Andrew Visnevski (the director) has now returned to London, so my role now takes on new importance and moves more towards the directing side now that the ASMs know what they are doing. My challenge over the next three weeks is to keep the show at the standard that it was on Sunday - keeping it alive and maintaining everyone's focus.

Below are a selection of snapshots of the city and the beautiful team that I'm working with down here! 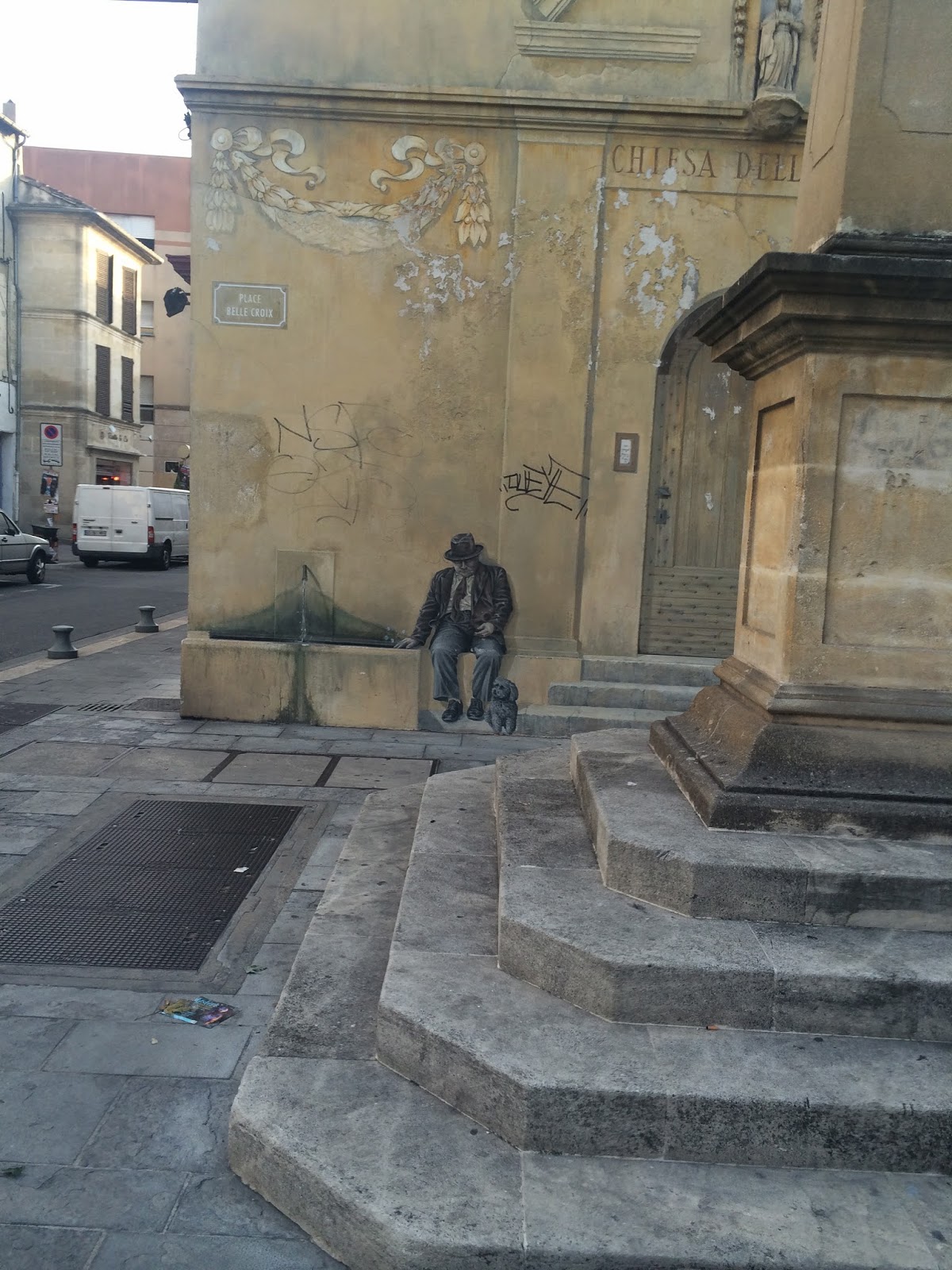 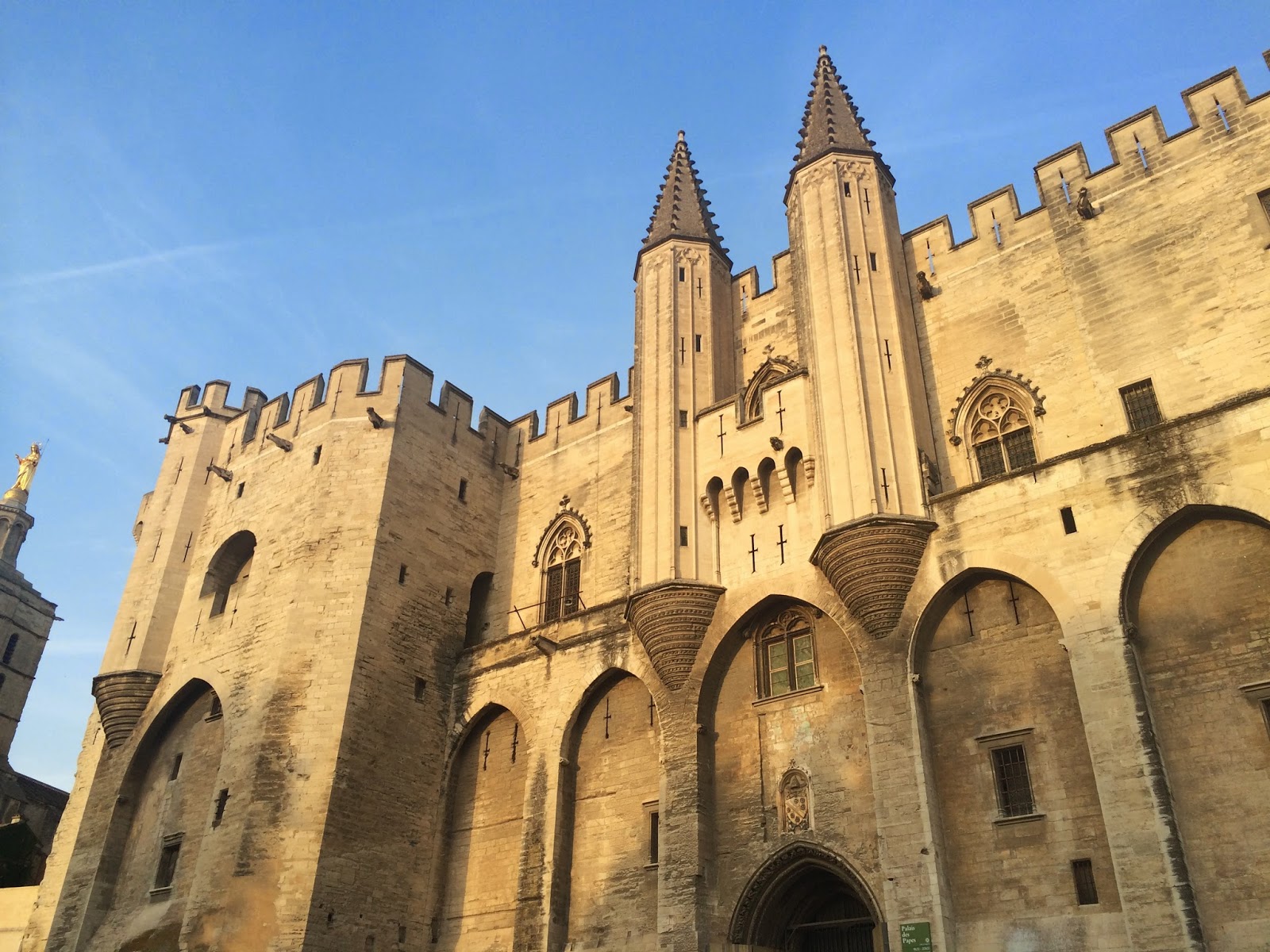 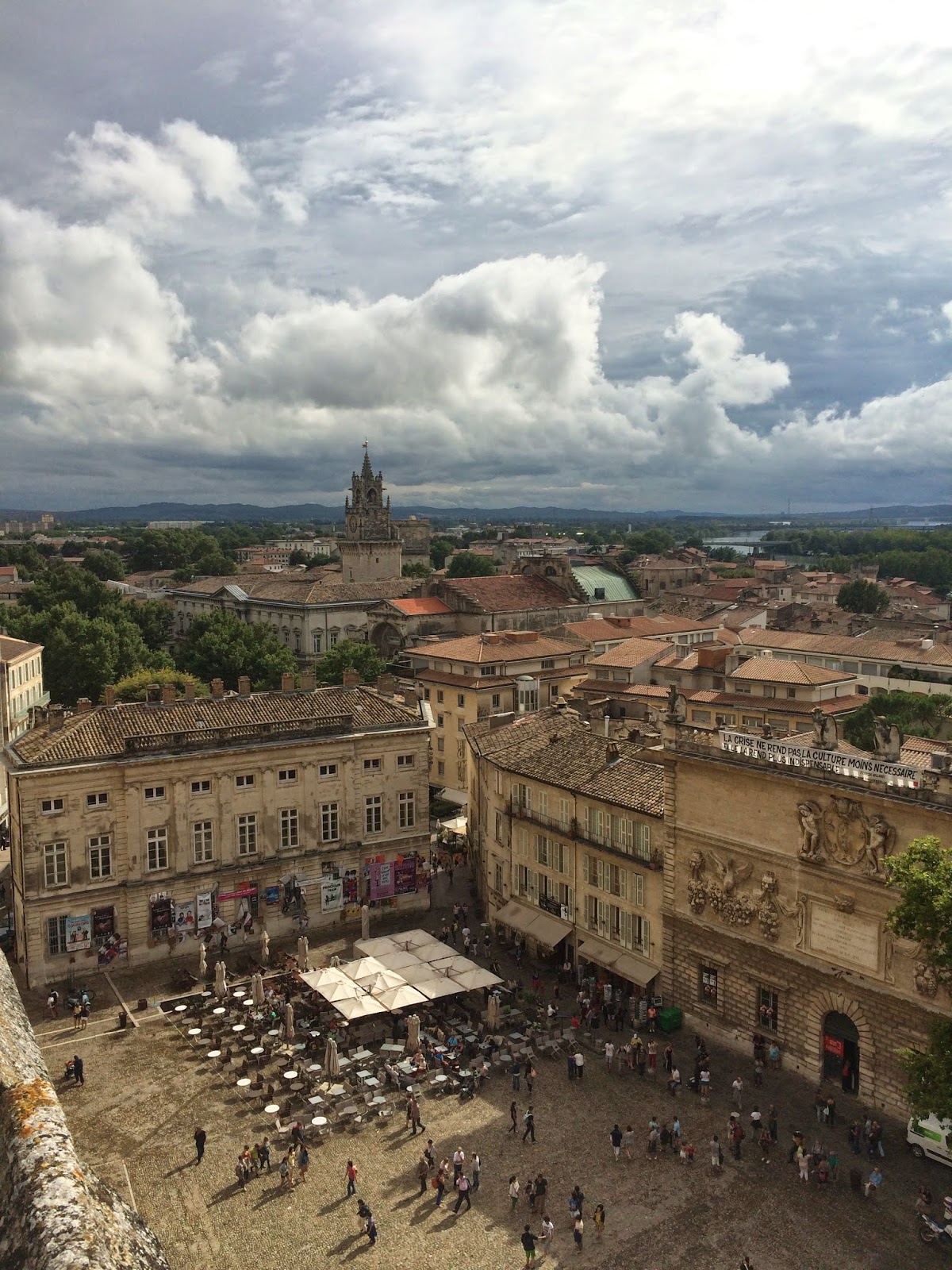 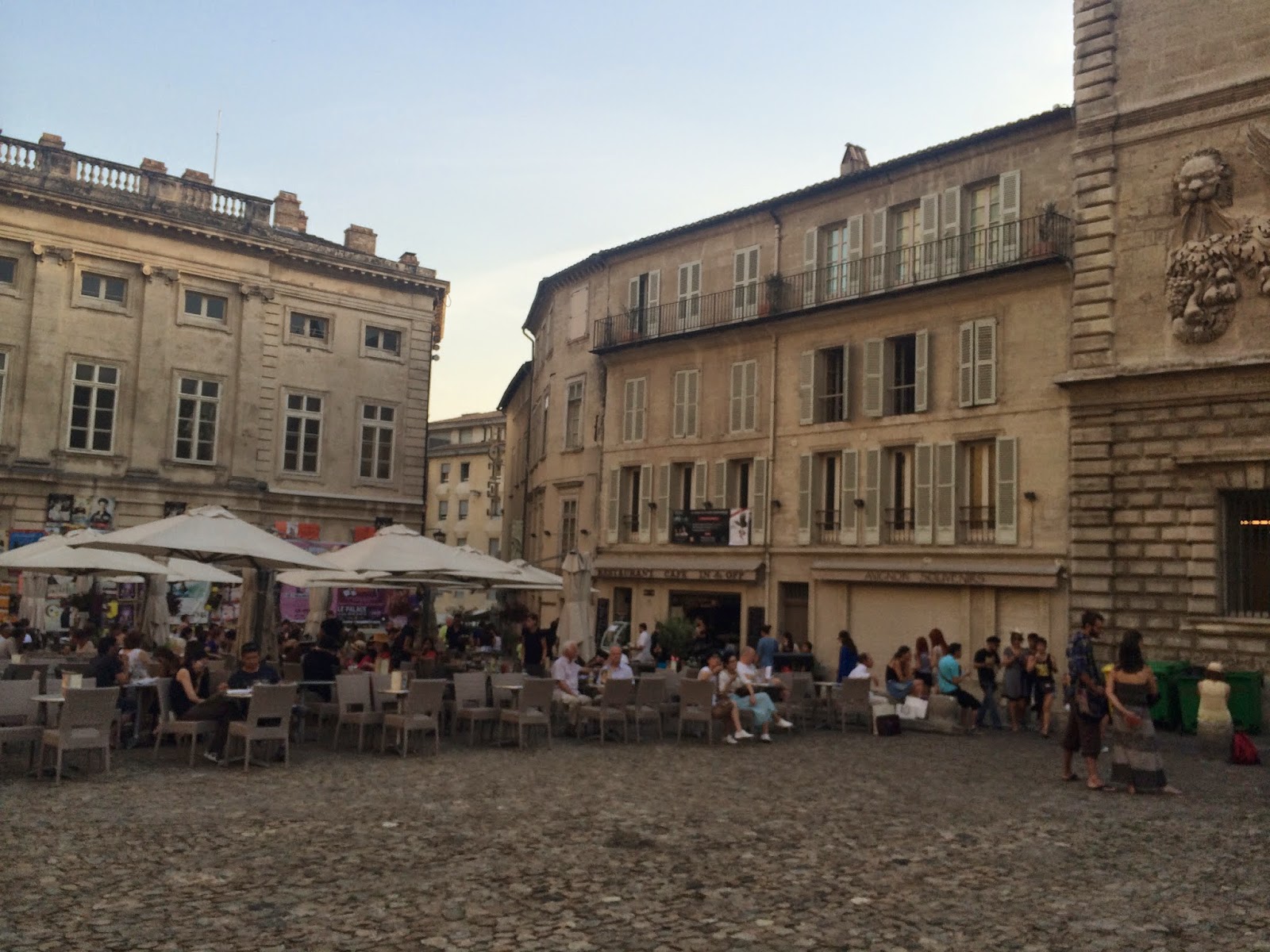 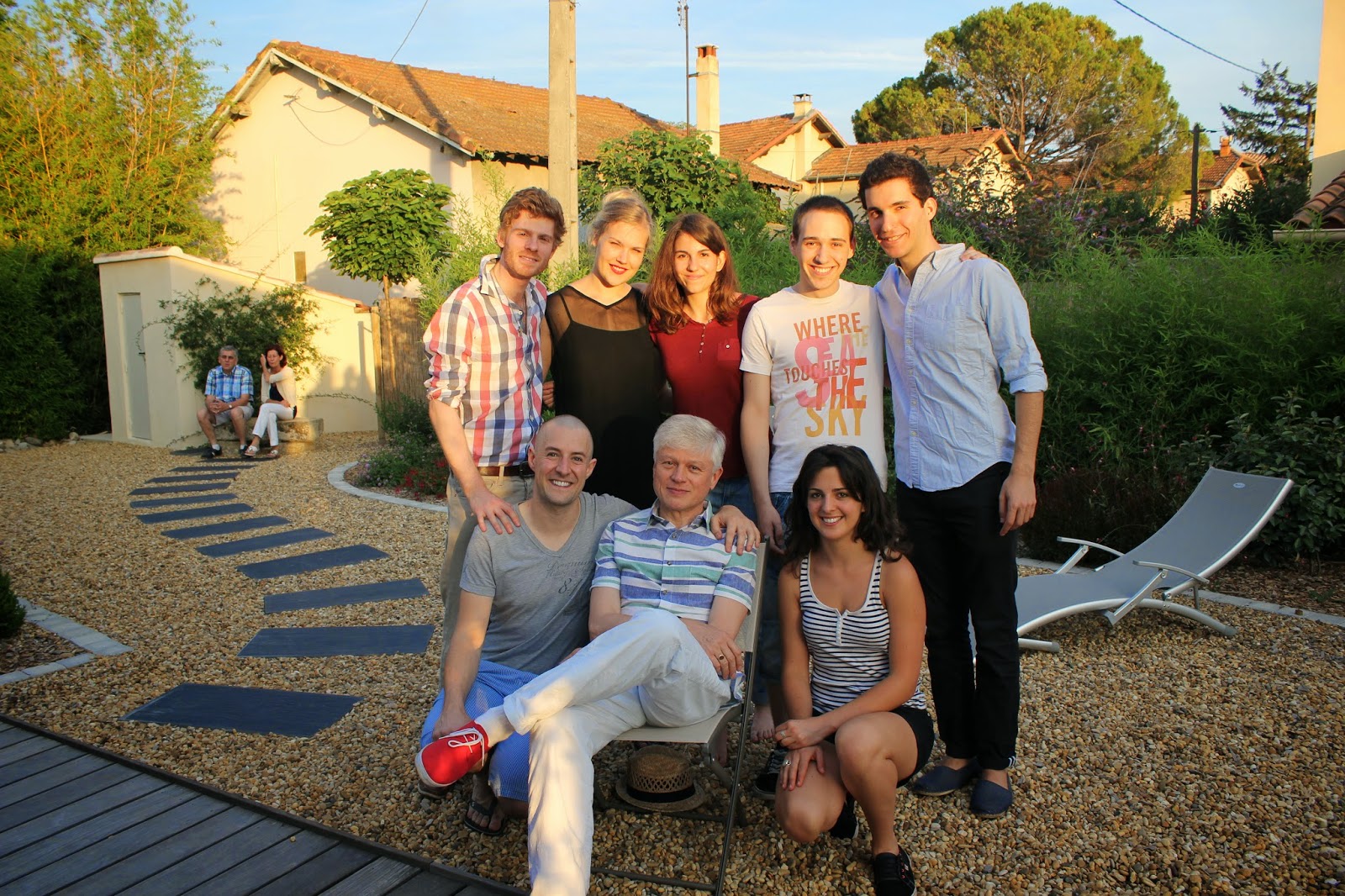